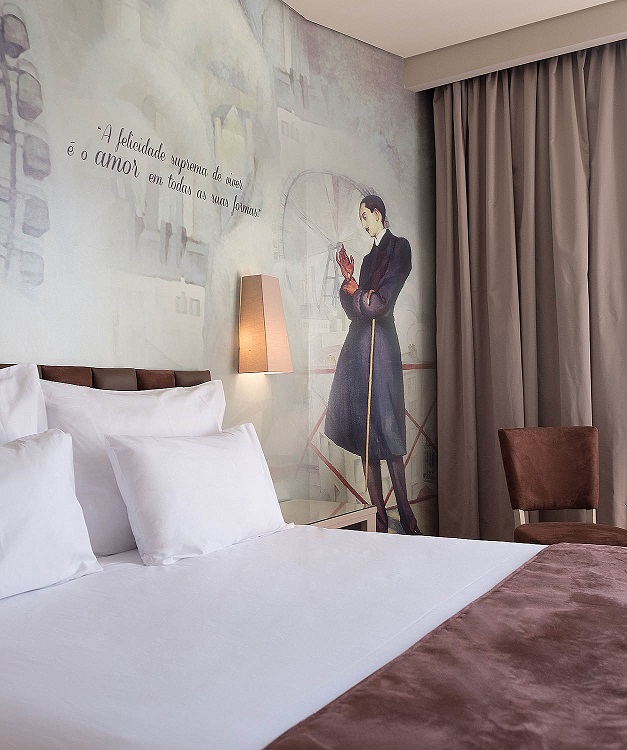 At Vila Galé Porto Ribeira and Vila Galé Paulista, the hallways and rooms are decorated with images of various artistic movements that recall the arts of each style.

A real museum within the hotel that you can visit during your stay. 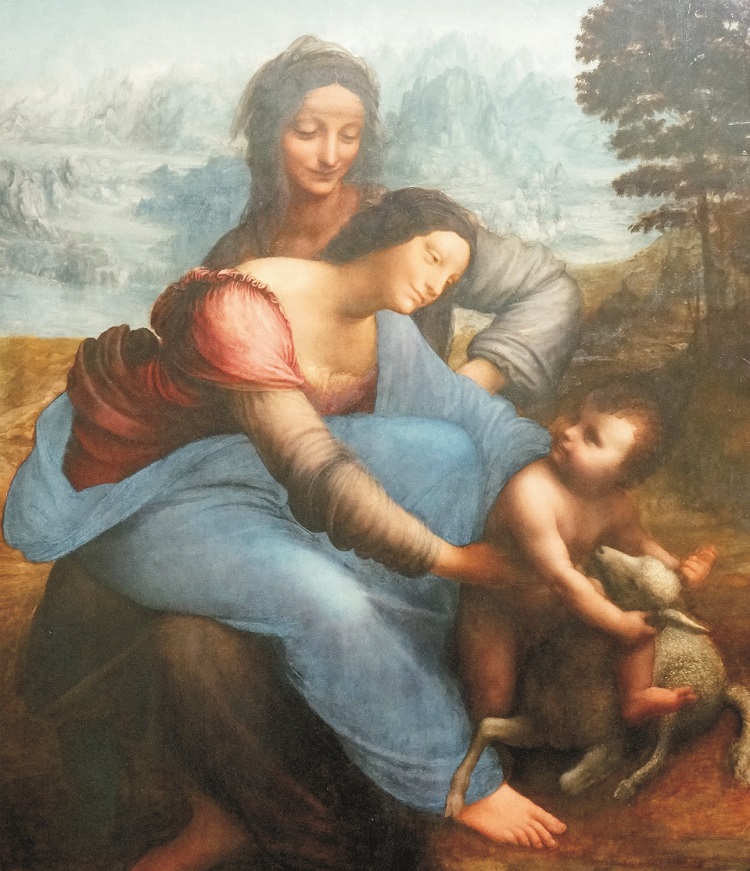 The Renaissance was an artistic, intellectual and cultural movement that started in the 15th century in Italy.

It is the application of a new technical discovery: perspective - a set of mathematical and drawing rules that allow the real appearance of objects to be reproduced on a sheet of paper or any flat surface.

It was characterised by an aesthetic, formal and technical renewal, based on the culture and art of classical antiquity, and a long and demanding apprenticeship. 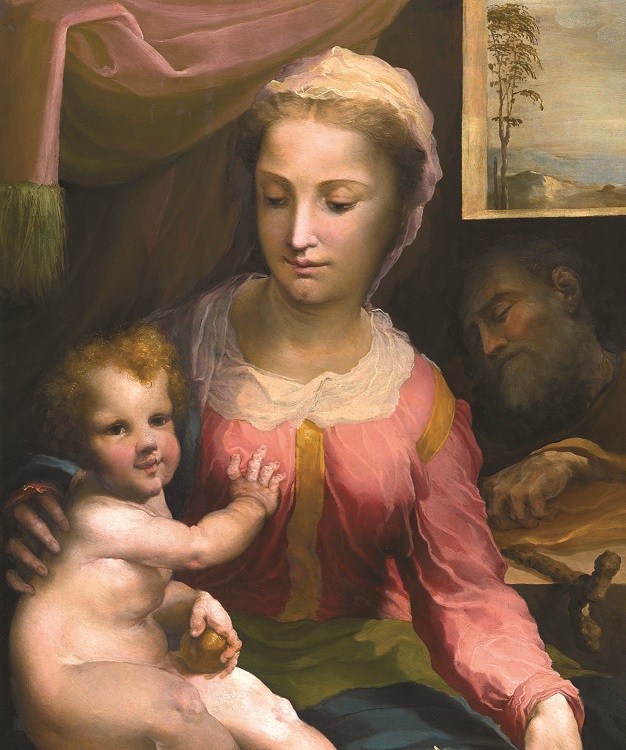 It was an artistic movement that began in Europe, more precisely in Italy, in the 16th century, around 1515. It developed mainly in the areas of painting, sculpture and architecture.

Mannerism is identified as an original and autonomous artistic style, although it has many characteristics similar to the Renaissance.

It should be noted that Mannerism is considered by many art specialists to be the embryonic phase of the Baroque. 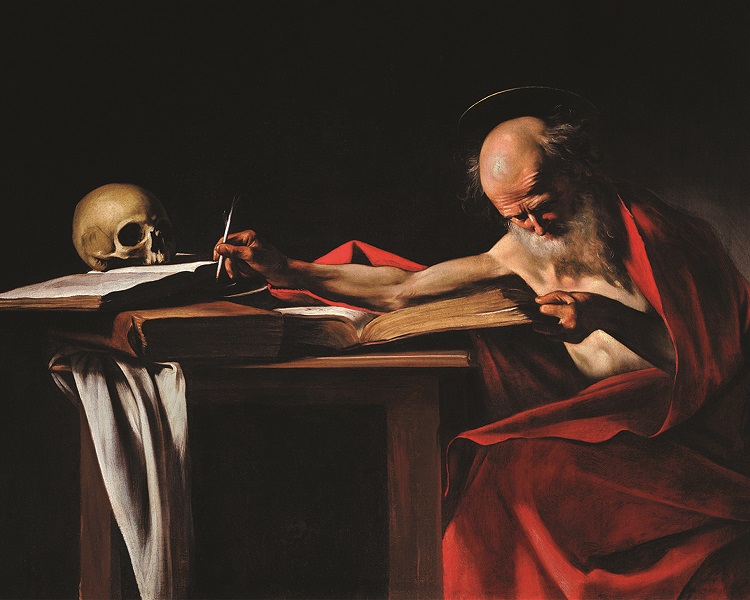 It was an artistic style of painting, which occurred in Europe between the second half of the 16th century and the first half of the 17th century.
One of the main artists of Tenebrism was the Italian painter Caravaggio.

Many historians consider Tenebrism to be a branch of the Baroque and not an independent artistic school. The origin of the name is derived from the Latin word “Tenebrae” which means darkness, gloom. 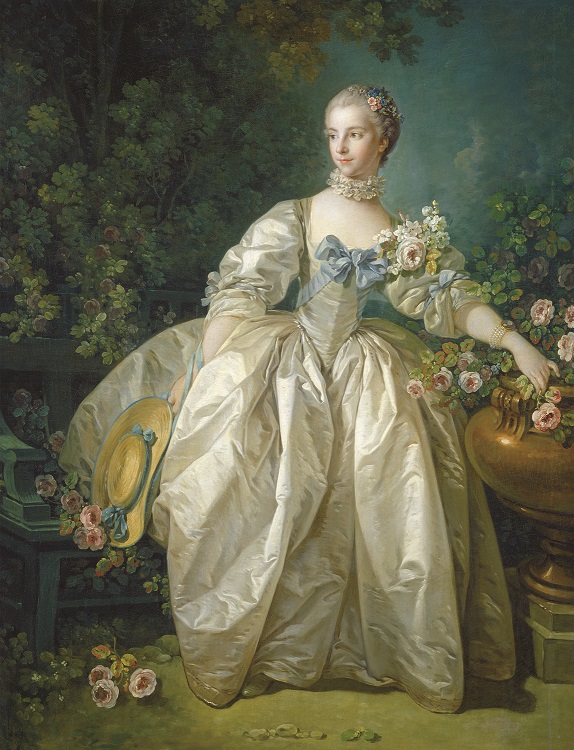 Artistic trend which developed in Europe between 1720 and 1760, characterised by an elegant and expressive but simultaneously naturalistic aesthetic, produced mainly on commission for the aristocratic elites of the time and for their own private use.

“More than ever, the pleasure of the eye is imposed as the decisive criterion (...), sumptuousness and decoration, theatrical and pleasing style (...), the rhythm of light and colours play a decisive role.» 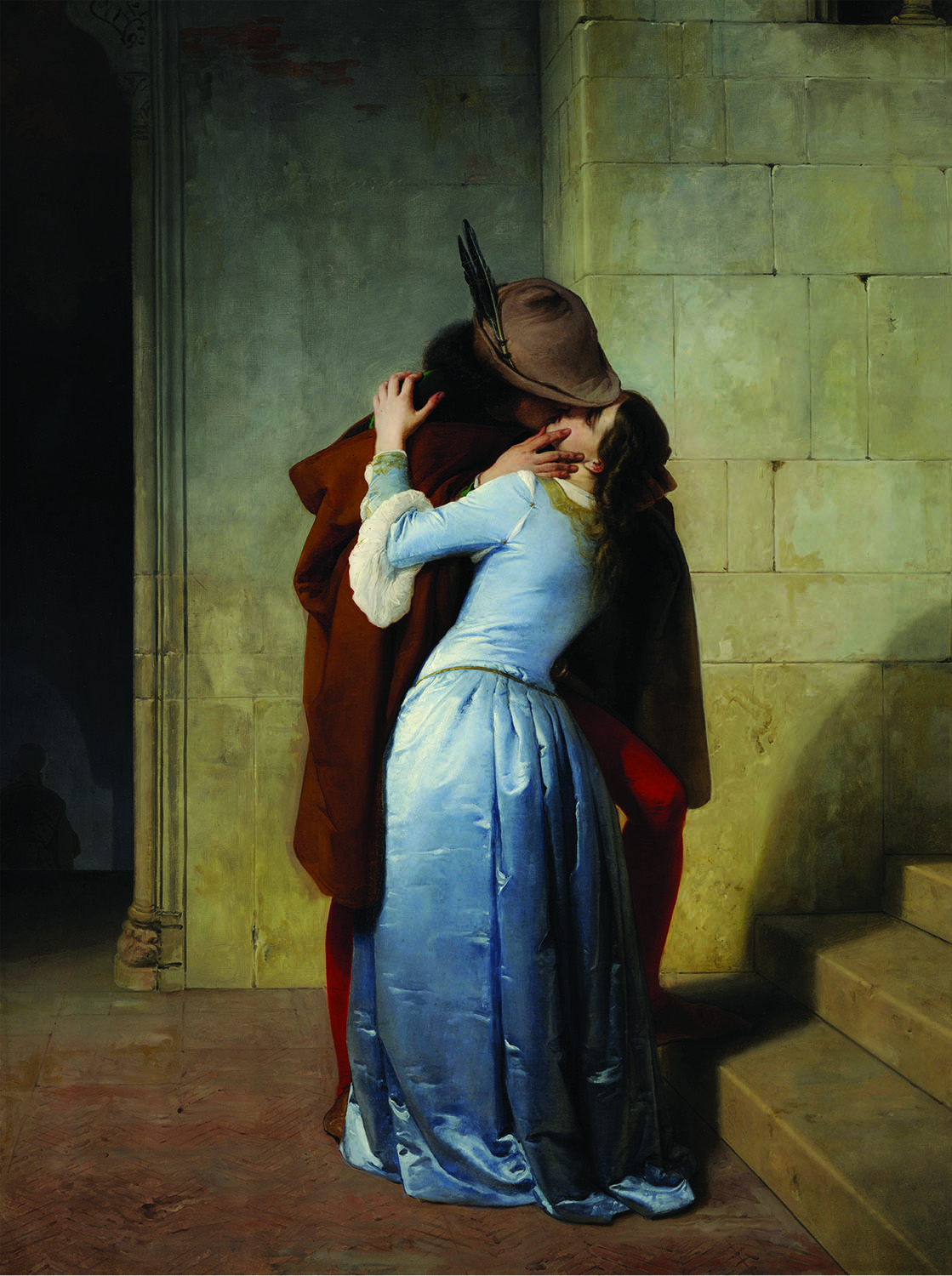 Romanticism designates an artistic movement that began in the last decades of the 18th century, and lasted until the mid-19th century.
Romanticism denies rationalism and Enlightenment ideals and seeks to return to medieval values, consolidating the traditions of each region.
The current is marked by excessive idealisation, subjectivism and is centred on the self.

“Romanticism is a triumph of the individual and emotion; the past as a refuge.” 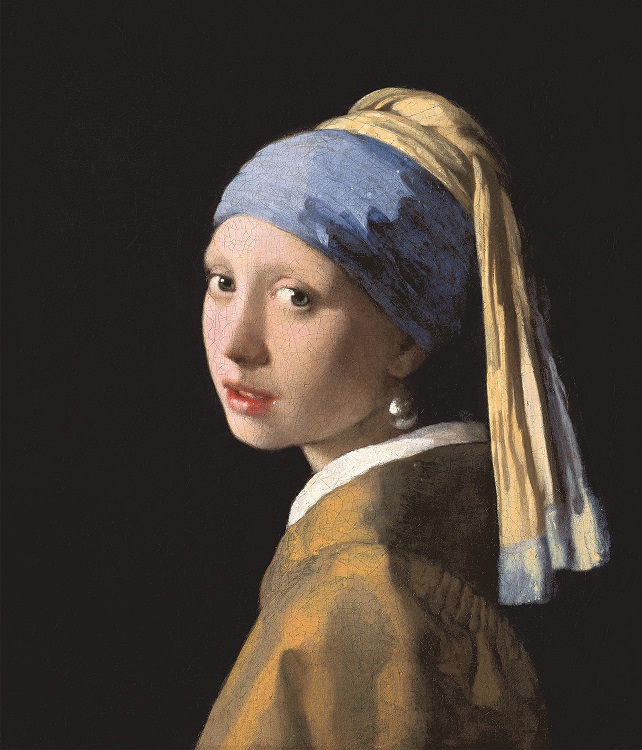 It was a broad artistic movement, dominant in the 17th century throughout Europe. The movement is closely associated with Absolutism and the Counter-Reformation.

It is characterised by a strong exuberance and scenic sense, the triumph of colour and plays of light, pictorial illusions and movement effects that captivate the viewer on an emotional level. 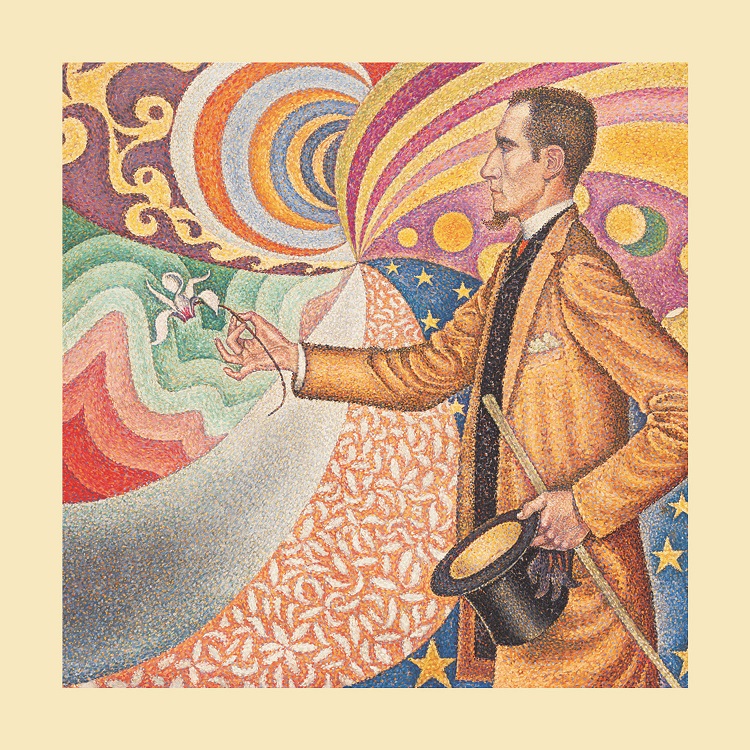 This is the name given to a pictorial movement that took place in the 19th century. Its main characteristic is the use of interrupted dots and strokes with pure colour, placed directly on the canvas.

The Pointillists, therefore, instead of applying brushstrokes on the canvas, applied points of pure shades on surfaces.
This allowed them to develop different chromatic matches, since it is the human eye that will make that combination. 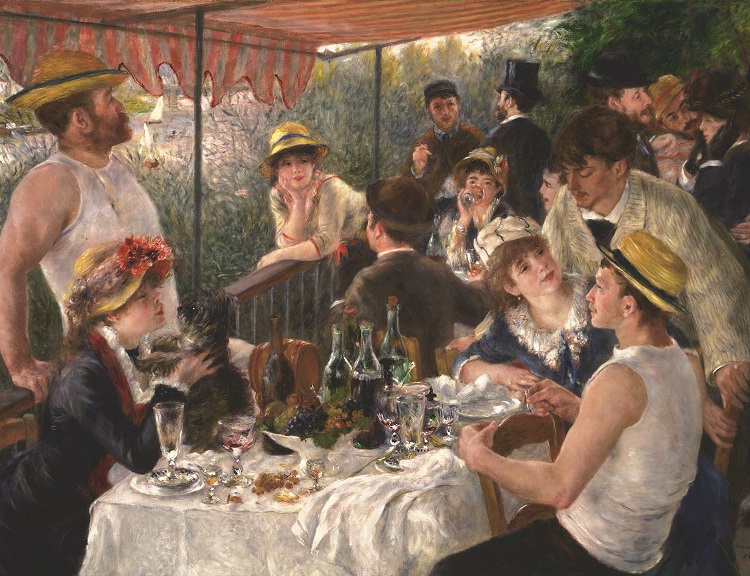 Impressionism was an artistic movement that emerged in France between 1860 and 1870, which created a new conceptual vision of Nature, using loose brushstrokes giving importance to light and movement. Generally the canvases were painted outdoors so that the painter could better capture light and colour.

The Impressionists represented the reflections and effects that the sunlight produces on the colours of Nature on their canvases. It is common for the same motif to be represented several times in the same place with the variations caused by the changing hours of the day and the seasons of the year.

Impressionism uses wide and fluid brushstrokes, the intensity of the colours and the artist's sensitivity that together move those who contemplate the works.

“The most important thing is the representation of light in nature.”

Naturalism was an artistic current that emerged around 1848 and 1850 in Europe, preceding Realism, which appeared between 1860 and 1870.

This art aimed to capture the social reality of the time, with total fidelity to the object observed and free of subjectivity, using art as an instrument of social and political denunciation (socialist concept of useful art).

Among the various Naturalism and Realism artists, the following stand out: Camile Corot, Coubert, Honoré Daumier and Millet. 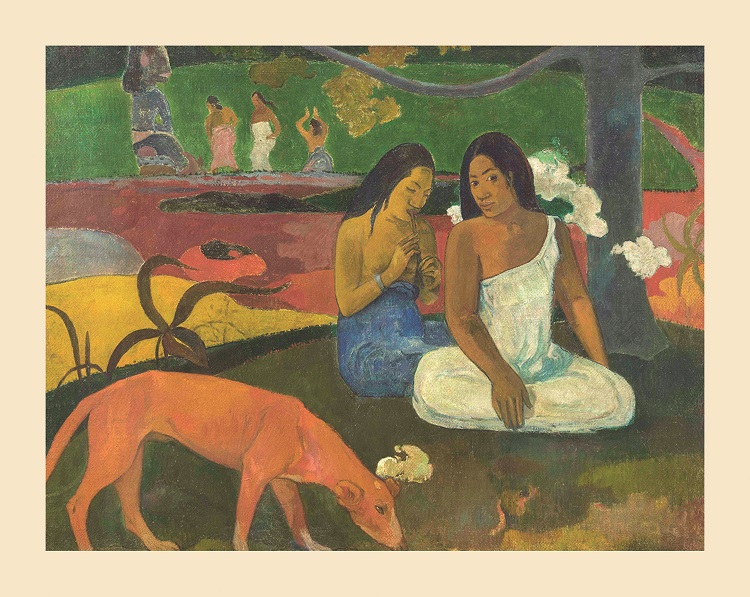 It designates the period between 1880 and 1900, mainly taking place in Europe.

Post-Impressionist artists diverged from Impressionism, as they reacted against what they considered to be the superficiality of the illusionistic analysis of reality, valuing colour and three-dimensionality. 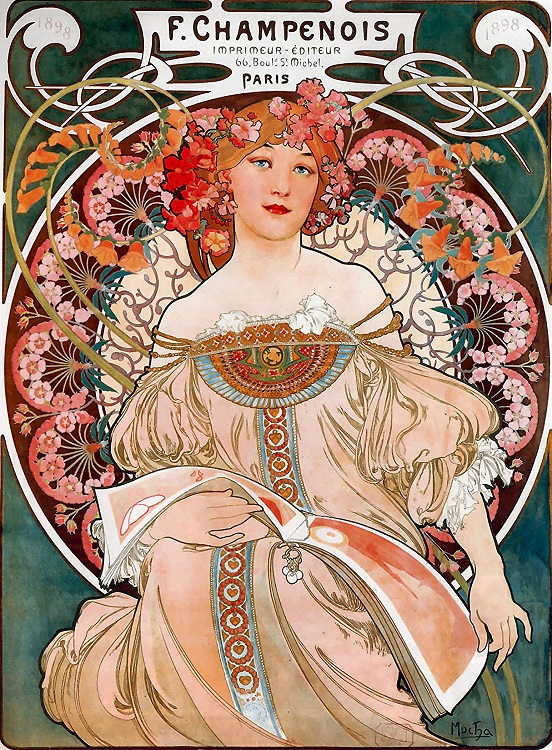 Name given to the Modernist “style” which emerged in the 19th century, between 1880 and 1910, in Belgium, characterised by formal innovation, in a strong attitude of originality and creativity.

Shapes are inspired by Nature (fauna and flora) and Man, with a preference for organic structures and textures and sinuous and intertwined movements, its lines are expressive, stylised and geometrized.

“Sinuous, elastic and flexible, stylised or geometric lines, in the search for movement, rhythm and poetic symbolism appealing to the viewer's fantasy.” 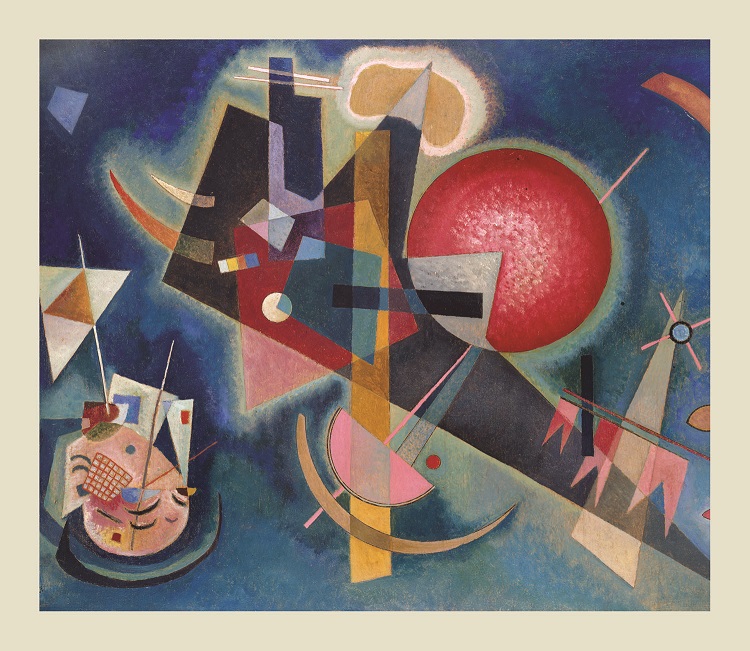 It was an avant-garde artistic movement in which the representation of reality is done in a deconstructed way, with the use of abstract colours, lines and shapes.

It was born in Europe in 1910 from the personal experience of Wassily Kandinsky.

“The work of art accomplishes itself, that is, by its own language.”

Among the various Abstract art artists, the following stand out: 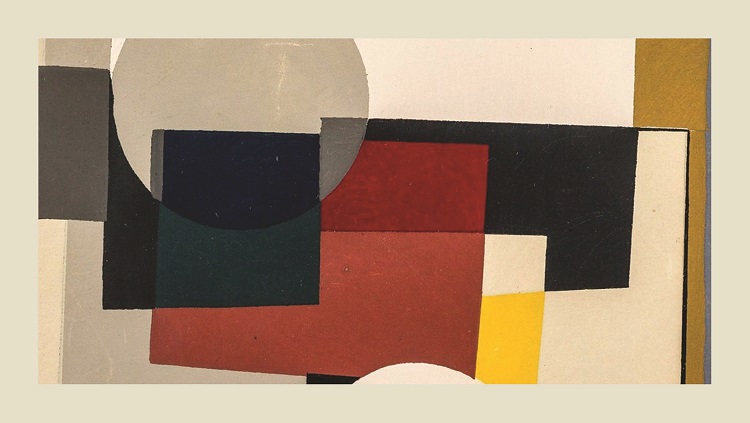 Artistic movement born in Holland in 1917.

The main artist of this movement was Piet Mondrian, who advocated a pure, clear, objective, non-illusory and non-representational art and as such, anti-naturalistic art. 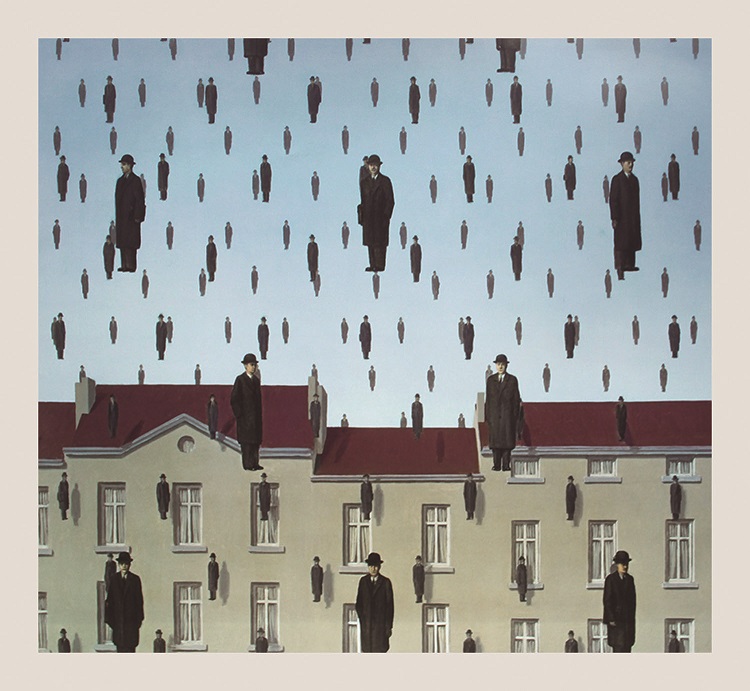 It was an artistic and literary movement of French origin, beginning in 1919, characterised by the expression of thought in a spontaneous and automatic way, ruled only by the impulses of the subconscious, despising logic and reneging on established standards of moral and social order.

The Surrealists favoured the world of magic and all forces alien to the rationalisation of the Western world, attacking common sense.

Themes such as eroticism, the dream world, sexuality, metaphor and the unusual are very important to Surrealist artists.

“The Surrealist themes favoured the dream world, eroticism, the hidden forces of the unconscious and the theories advocated by Freud.” 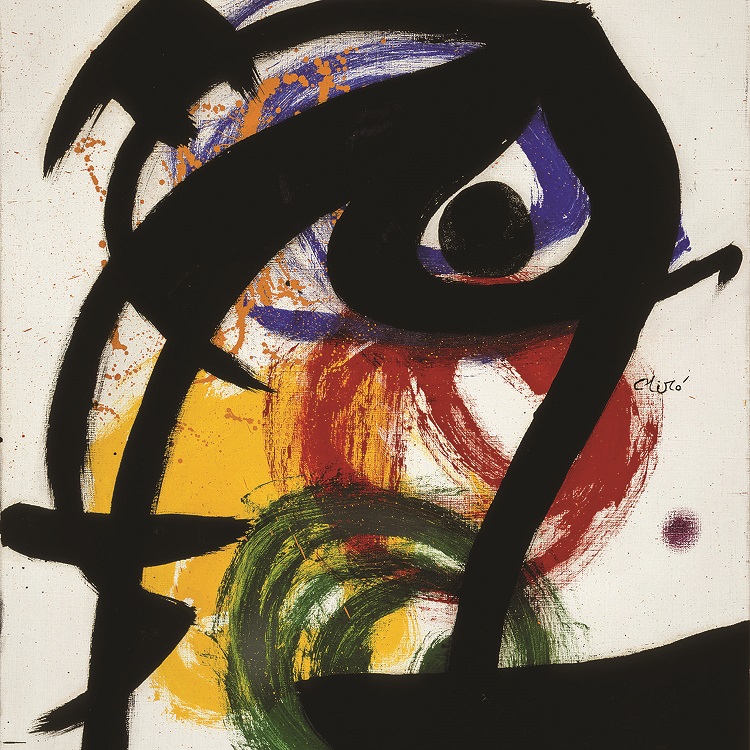 Abstract Expressionism, also called the “New York School”, corresponds to an artistic avant-garde movement. It emerged in the United States, in New York, around 1947.

This movement brought together aspects of the German expressionist avant-garde and the abstractionist current, thus creating a new trend of a symbolic and expressive nature.
In this strongly individualist movement, artists used painting to release their emotions and states of mind, repressions, anguish, anger and pain. 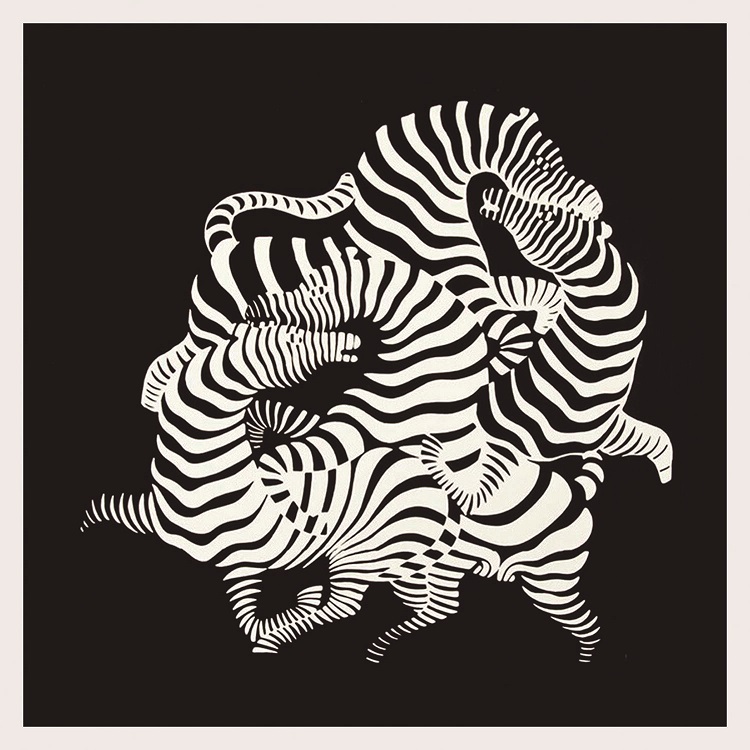 The term Op Art derives from “Optical Art”.
Op Art represents the movement through painting, solely with the use of graphic elements.
It is characterised by the search for optical effects and their constant change, with the aim of showing optical illusions to the observer, so that they participate in the work.

The artists of this movement defend the motto: “less expression and more visualisation”.

Another fundamental factor for the creation of Op Art was the evolution of science, which is present in virtually all the works, based mainly on psychological studies of modern life.

The artists who stood out most in this movement were: Victor Vassarelly, Bridget Riley, Jesús-Raphael Soto, Ad Reinhardt and Escher. 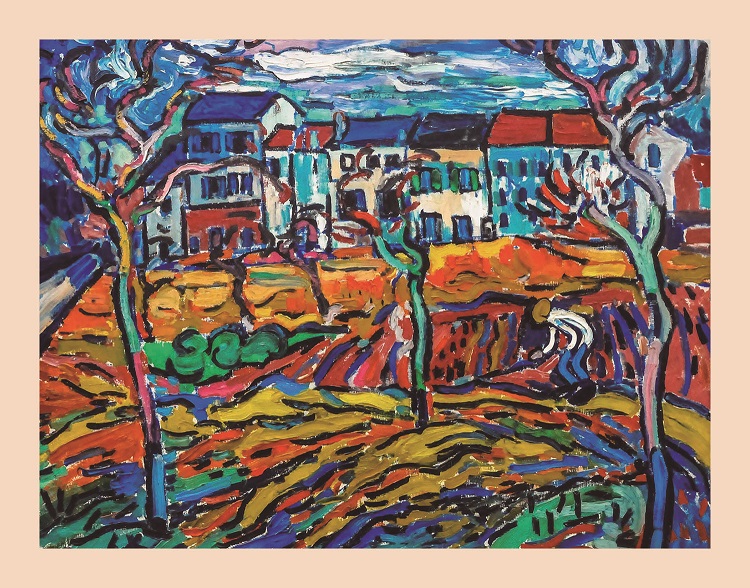 It was a French avant-garde art movement that emerged in the early 20th century, known mainly for its use of strong and pure colours, as well as works that eschewed academic rules.

Fauvism was the first avant-garde movement; however, it was not considered an organised movement because, unlike the example of other artistic currents, this one did not have a manifesto or a political-social positioning. 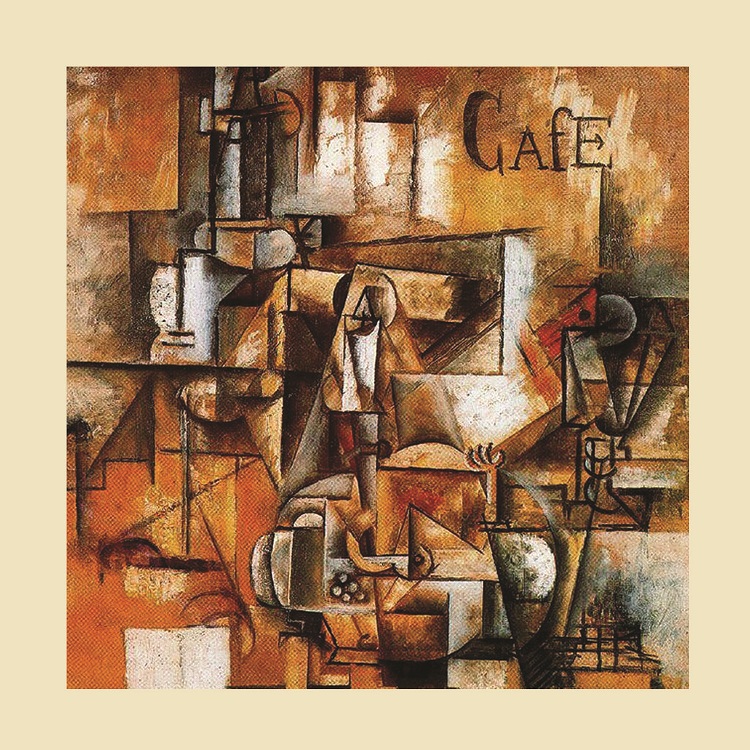 It was a European avant-garde art movement that emerged in the early 20th century and is characterised by the use of geometric forms to represent Nature.

“The pictorial representation with several points of view (multiple perspectives), in the same space.” 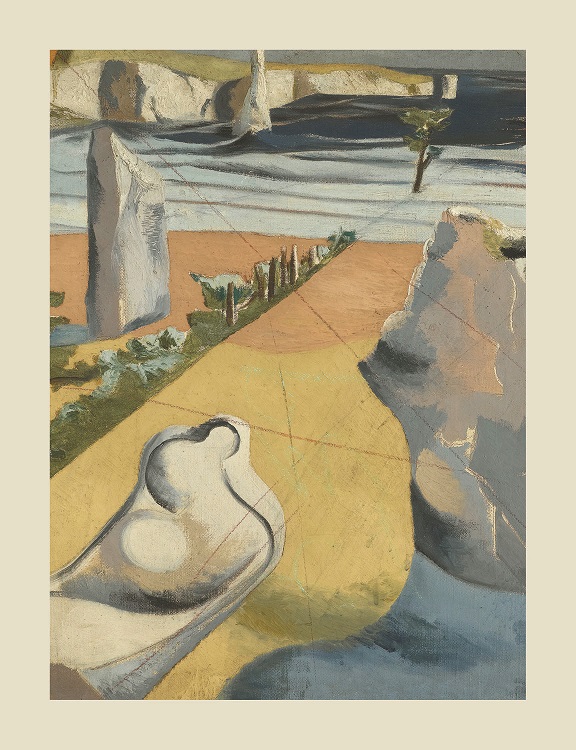 Modernism was an artistic and cultural movement that emerged at the beginning of the 20th century. Its aim was to break with the “traditionalism” of that time by experimenting with new techniques and artistic creations.

Modernism was marked by vertiginous and chaotic transformations, as well as the ephemerality and sense of fragmentation of reality.

Modernist artists felt the need to change the environment in which they lived, experimenting with new concepts. 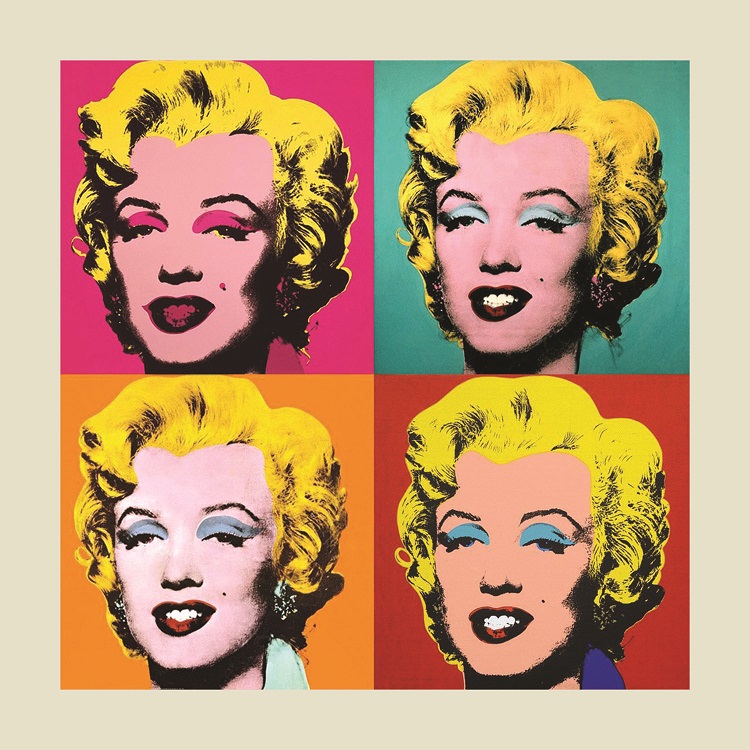 Art movement developed simultaneously in London and New York in the 1950s.

The theme was linked to “popular culture”, in a society essentially characterised by consumption, stimulated by aggressive advertising that creates needs. 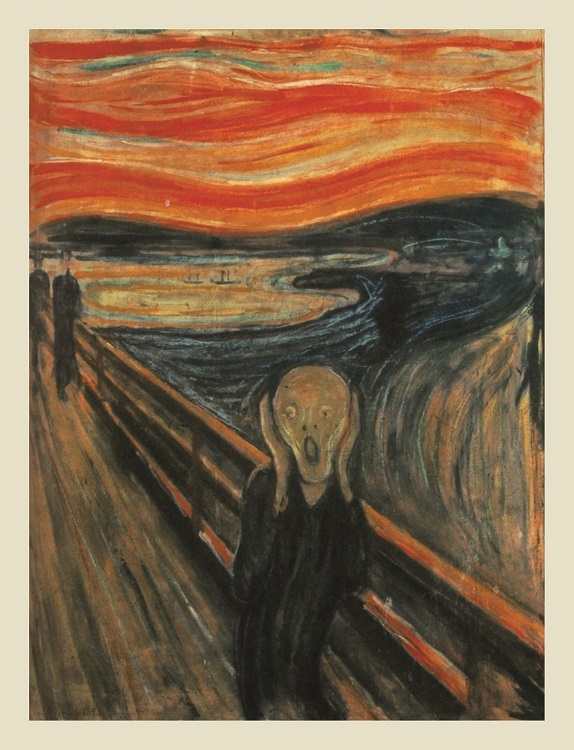 Artistic movement born in Germany, at the beginning of the 20th century, which puts its art’s emphasis on expressing emotions and feelings.

Unlike Impressionism, which sought to represent visible reality, captured from the outside in, Expressionism represents invisible (spiritual) realities, performing art from the inside out.

As an art of the spirit, Expressionism is a reflection of the troubled times that preceded and accompanied the First World War. 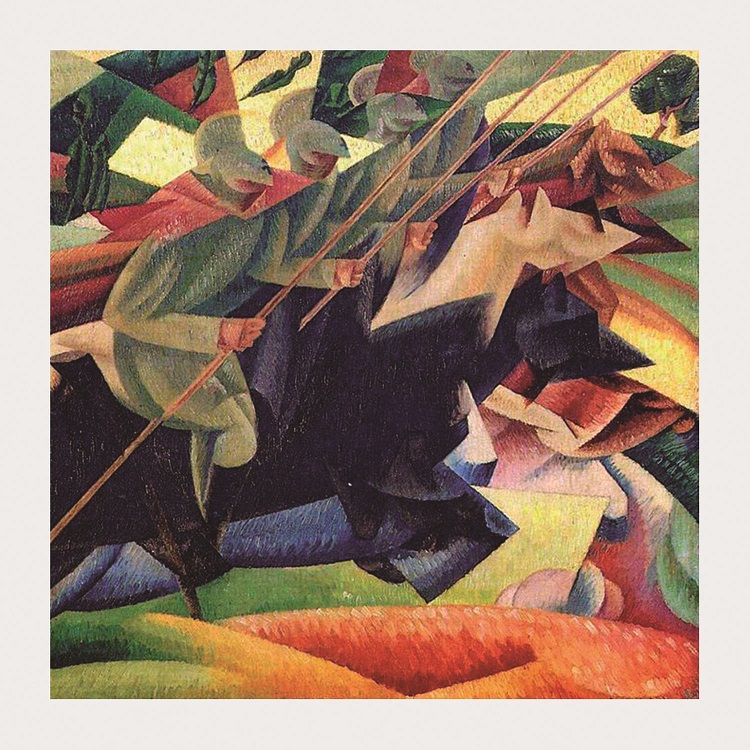 It was an artistic movement that emerged in the early years of the 20th century, which advocated the end of moralism, denying the past and valuing the technological and industrial revolution.

The basic concept of Futurism was that of total rejection with the art and culture of the past, solely celebrating and acknowledging progress, new technologies and urban life, and those ideas were represented by the senses of intense speed and energy.

“... A racing car with its adornment of thick snake-like tubes of explosive breath [...] It is more beautiful than the Victory of Samothrace.”
- in Manifesto de Marinetti.

Tribute to Portuguese painters
I want to share this page Ok, start sharing then
text